FREE SHIPPING ON ALL ORDERS OVER 250€ 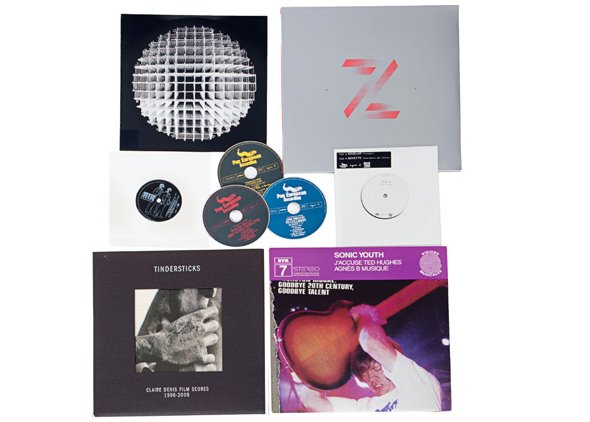 agnès b. has always lived in music!
From Bob Marley’s 33 tours that kept going on in the first shop opened in 1976 rue du Jour to the web radio that the stylist launches now, music has always occupied an important place. 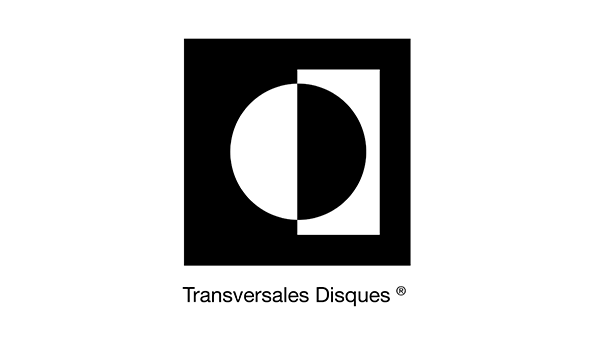 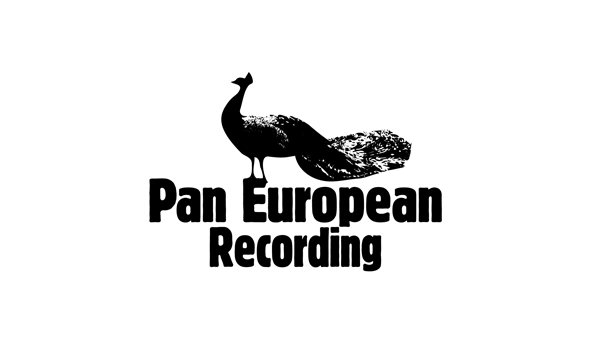 Airfono is a label dedicated to original, spectacular and virtuoso projects with the vision to mix up live music energy, futuristic grooves and party feelings on record. From jazz to techno, Airfono is a house for experimentation and musical freedom. 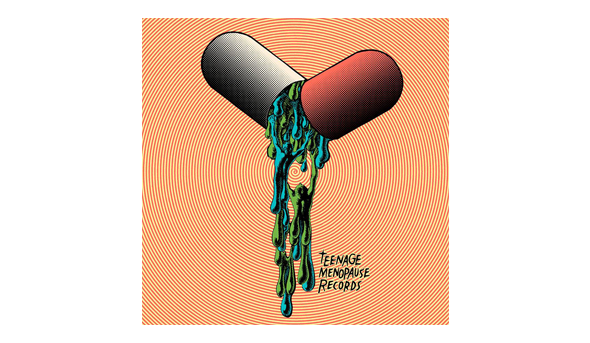 2PM:
Teenage Menopause Records is a 10 year old indepedent label, prospecting in the outer limits of the urban musics. From Synth Pop, to Punk Rock, from Cuting-Edges Electronics to Proto-Techno, the number of releases break down the walls of genres in order to built an eclectic and argy catalogue, as a picture of the nowadays musical landscape. 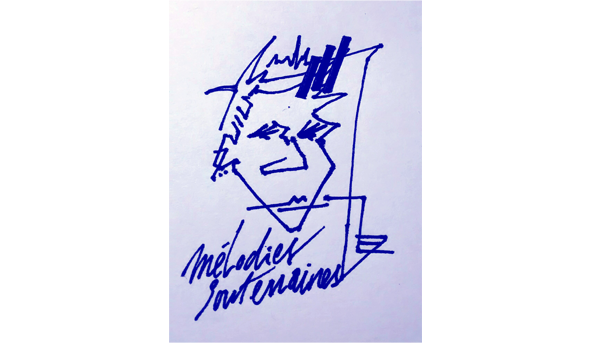 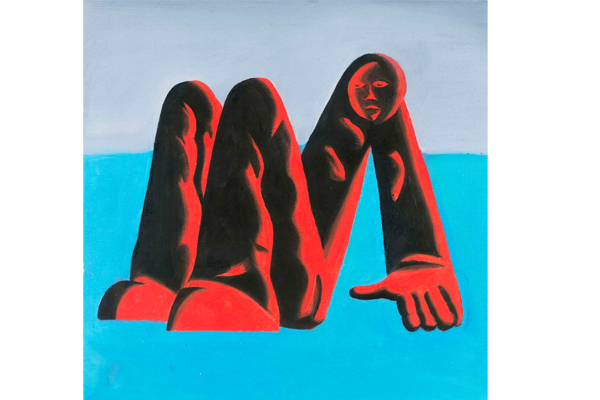 Listen to Man Alive!, King Krule’s new album on agnès b. web radio. There, you will listen to Archy and his band trying to get us the following message: “You are not alone! “. His spleen is constantly bewitching us… his Parisian concert at the Olympia, March 4, is sold out! I felt like I had gotten out of a dark place, and I was on a high. I appreciated the depression… but I also liked how I felt better in the here and now. King Krule

Friday 14 February, at 8pm, do not miss the full broadcast of the album We’re New Again reimagined by Makaya Mccraven on the agnès b. web radio! 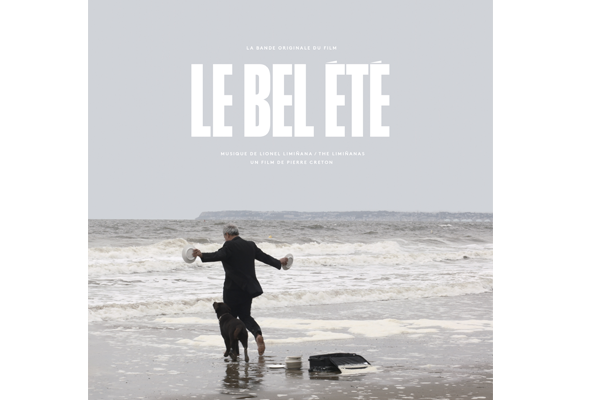 Listen to the Le Bel été soundtrack, composed by The Limiñanas on agnès b. radio on Friday, November 15 from 2:30 pm (Paris time)!
11 tracks, all composed by the duo from Perpignan, with the single One Blood Circle in duo with Etienne Daho, who describes this collaboration as: "I slipped into their music like in a box. Two voice shots and the song was in the box. Some meetings are evidence." E. Daho 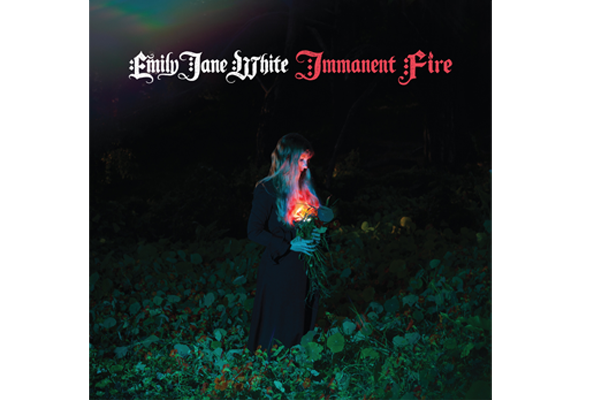 For more than 10 years, Emily Jane White has accompanied us with her enchanting song, and with it the delicacy of her woody folk melodies. Less is known about her social and political involvement. Immanent Fire, her 6th opus (released on November 15), makes an alarming observation: biological annihilation, acceleration of extinction of species, social and economic disorders. The themes are dark, but a new serenity emerges from this album anchored in our time and which will be a landmark. 3 dates in December: 5 Le Botanique (Brussels), 11 Le Grand Mix (Tourcoing) and 12 Les Etoiles (Paris). Listen to Immanent Fire on agnès b. radio on November 15 at 11am! 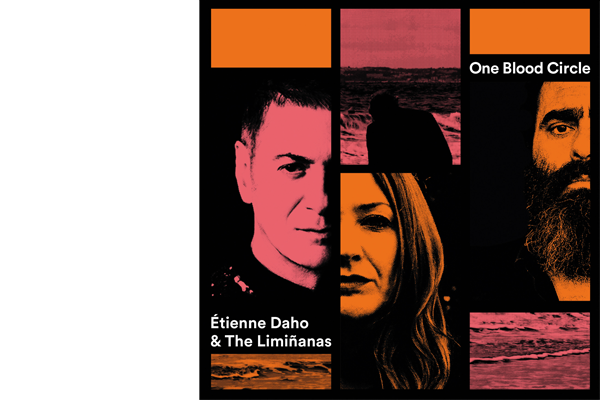 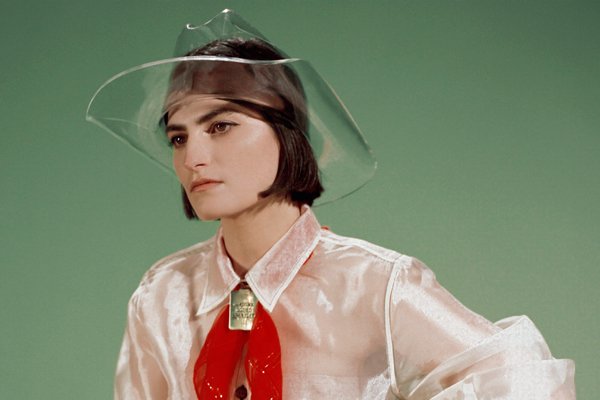 Following encouragement from Jack White during a chance encounter in Nashville with her chief musical inspiration and eventual touring partner, Mattiel made the crucial decision to jumpstart her musical journey with songs rooted in gospel, rock n’ soul, hip-hop and new wave. Less than five years later Mattiel stands as one of the most singular and buzzed-about acts in rock music. Her new album Satis Factory, the follow up to last years critically acclaimed self titled debut is out now on Heavenly Recordings/PIAS 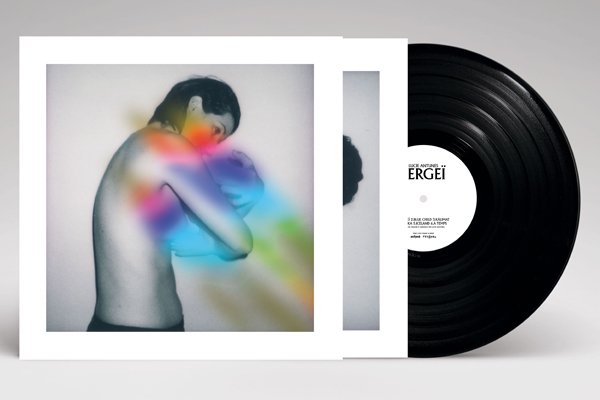 With Sergeï, Lucie Antunes comes to explode the standards with big blows of chopsticks on the blades of her marimba, her vibraphone, the skins stretched of her battery. Sergeï is the furious project of a young percussionist who made her weapons in a rather classical way and whose horizon does not cease to expand with the dancefloor as a line of sight and the clearly expressed will to tell oneself on a disc. Made without computers or artifacts, this instrumental and percussive music is cut for dance and night with the ambition to break boundaries, shake genres and make the dancefloor more beautiful, softer, bigger, smarter and more open. Lucie’s music is not closed to anyone. Behind each of the tracks that compose his album hides a story, something that has been felt and lived in silence and that comes to explode without shadow. She is there, powerful and sensitive, personal and intense. Released on October 4th. 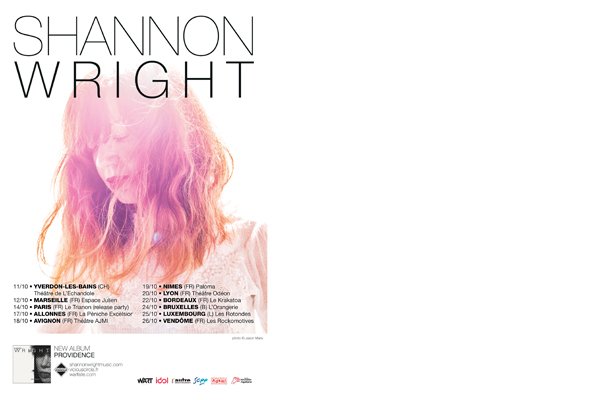 Shannon Wright is back and releases her new album, Providence, an album played entirely on the piano, instrument for the first time invested as a unique ally to her voice. It is without any other protection and in the form of poems that Shannon Wright declares with all the emotional power that we know a collection of very touching and personal stories.
Shannon Wright’s music provokes a raw and overwhelming emotion. It transports you, invades you and drowns you, but always saves you. It is a journey into a melancholy and restless world, often desperate but terribly vivacious. Shannon Wright’s music is an auditory antioxidant, a benefactor upheaval, an indispensable cure.
Listen in full Friday 20 September at 2pm on the agnès b. radio. 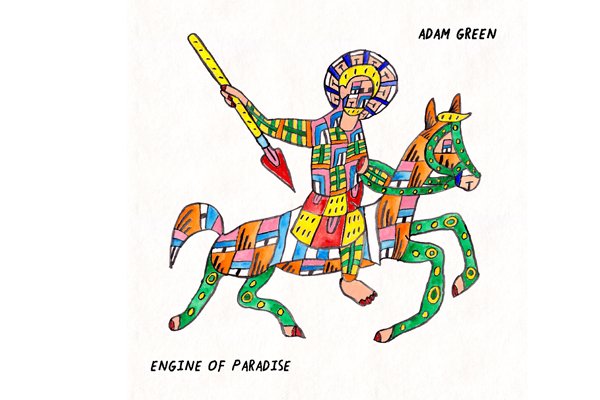 On September 7th, listen to Engine of Paradise, Adam Green’s new album on agnès b. radio!
Adam Green is a successful polymorphic artist, composer, director, painter, sculptor and poet. As a solo artist, he has recorded ten albums, many of which have become cult records, and his songs have been performed by artists as diverse as The Libertines, Carla Bruni, Kelly Willis, Dean & Britta and Will Oldham.
On September 6, he released his tenth solo album: Engine of Paradise, recorded in Brooklyn (New York) by Loren Humphrey. To make us wait, Adam Green devoured us the excellent Freeze my Love, but also Cheating On A Stranger where we can hear choirs signed by Florence Welch (Florence and the Machine)!
Exploring the same themes as his next album, Green also publishes his first graphic novel, a psychedelic war epic entitled War and Paradise. 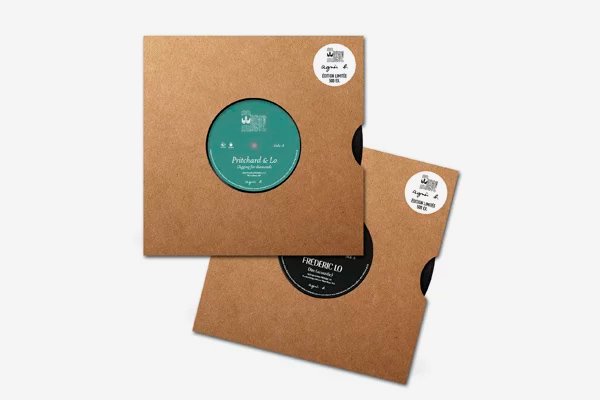 agnès b. lauches a serie of limited edition 45T with Frédéric Lo, Pritchard & Lo, Daniel Darc and many other prestigious guests...
To celebrate the release of the 45T with Frédéric Lo, 1st of the serie, a disc is offered for every purchase in the 3 & 6 rue du Jour shops... on the basis of the "first arrived, first served" mecanism from June 27!
Soon... listen to Frédéric Lo playlist specially done for agnès b. web radio 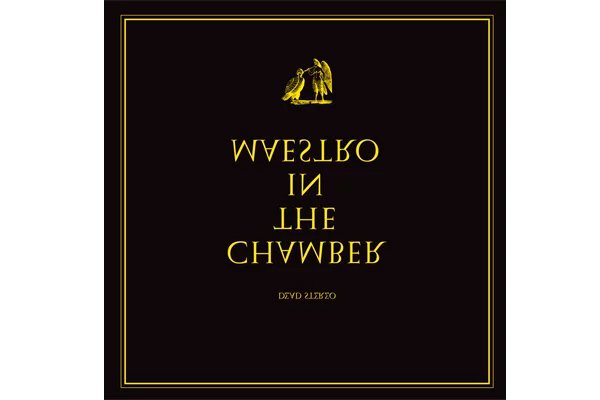 Maestro In the Chamber

agnès b. supports the release of Maestro In the Chamber, from Maestro, on June 14 and offer you a vinyle for every purchase in the 3 & 6 rue du Jour shops... always on the "first arrived, first served" basis (and until stocks lasts)! Maestro will be playing on June 20 for the Festival 36h at Saint Eustache Church and on September 29 at Philharmonie of Paris within the Catherine Ringer carte blanche.
Listen to all the album on agnès b. web radio Friday 14 June and Saturday 15 June from 2pm. 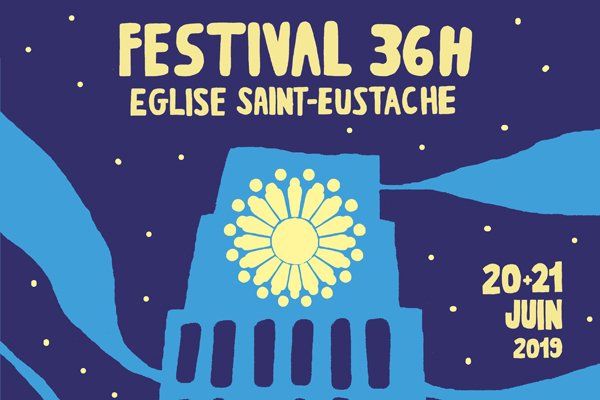 On June 20 and 21, during 36 heures, a free concerts marathon is taking place in the Halles Cathedral... right in front of the very first agnès b. shop opened worldwide!
Many artists followed by agnès b. will play: Léonie Pernet, Maestro and Jeanne Added… to quote few!
Free entrance 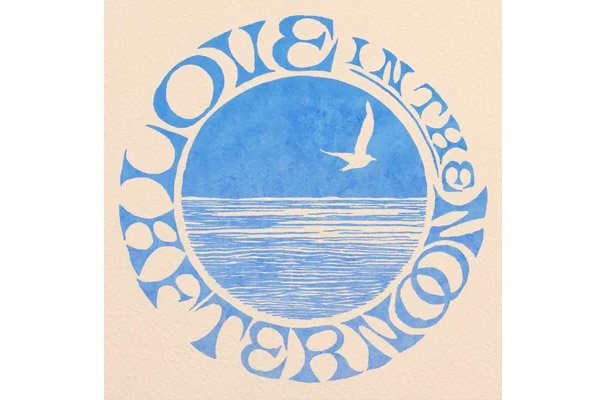 "Love in the Afternoon", the summer radio playlists series to listen on agnès b. web radio

Series of mixes and playlists for naps, slow tempo songs, ballads and dreamy soundtracks, on the agnès b. radio from… now! to listen on the agnès b. web radio every Wednesdays and Sundays afternoons from 2pm.
Designed and launched by musician and DJ Matthieu Beck in 2015, Love In The Afternoon invites artists and "Diggers" from all sides to share their ideal musical siesta - Rozi Plain, Kassin, François & The Atlas Mountains, Scott Gilmore or Florent Mazzoleni, among others, did their part.
Love In The Afternoon could sometimes be afternoons parties - a series of events in the collective gardens of Grow Elephant in London in 2016 - or in DJ sets in audiophile places of the English capital - Brilliant Corners, Spiritland - with guests with wide and safe tastes - Bahamian Moor, Time Is Away, Cosmic Neman...