FREE SHIPPING FOR ORDERS OVER 150 € 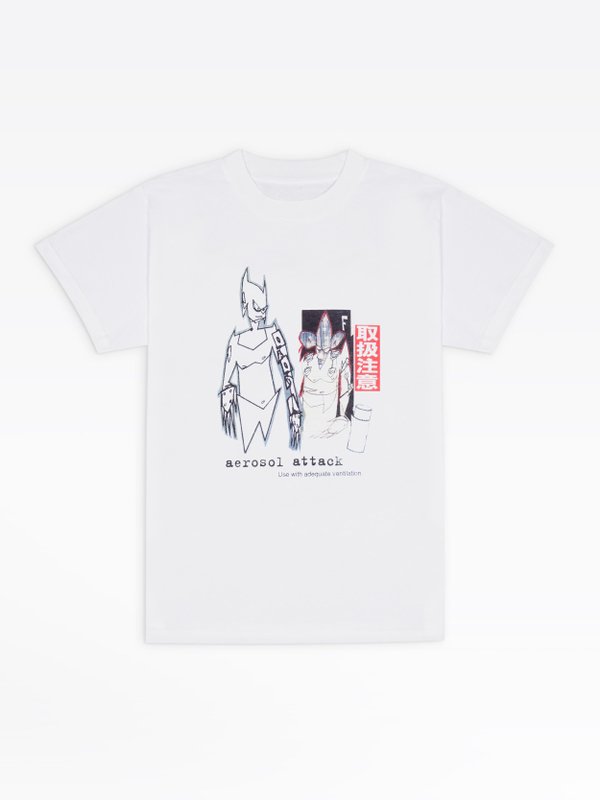 free returns extended until January 4 for all orders placed before December 21
Cut, size, colour, do you need more information?
Text our personal shopper on WhatsApp
+33665964256

Short-sleeved T-shirt in soft, stretch jersey enlivened by an exclusive silkscreen print by Futura for agnès b.

For this unisex T-shirt, you are advised to take the size below if buying for a man.

Born in New York in 1955, Leonard Hilton McGurr became Futura 2000, the pioneer of the street art movement. He began to practise Graffiti at the age
of 15, first with United Graffiti Artists (UGA) then with the collective Soul Artists, which he founded along with other graffiti artists. There was a pause between 1973 and 1979 when Futura was enlisted in the army. On his return he developed the writing technique (lettering, colours, composition, creativity, style), particularly in the New-York underground, and founded the collective Soul Artists of Zoo York. In 1980, he worked with Zephyr at the Studio Graffiti, a project financed by the collector Sam Esses which would enable many writers to make the transition from wall to canvas. Thus was post-graffiti born. Futura was one of the leaders of this new ³three-dimensional² direction of street art. From the 1980s onwards, he took part in numerous exhibitions (Fashion Moda, Mudd Club, PS1, Fun Gallery and so on). He exhibited in France for the first time in 1989 at the Galerie du Jour, and took an active part in the hip-hop movement. It was during a trip to Japan at the end of the 1990s that he discovered designer toys and created his famous Pointmen.