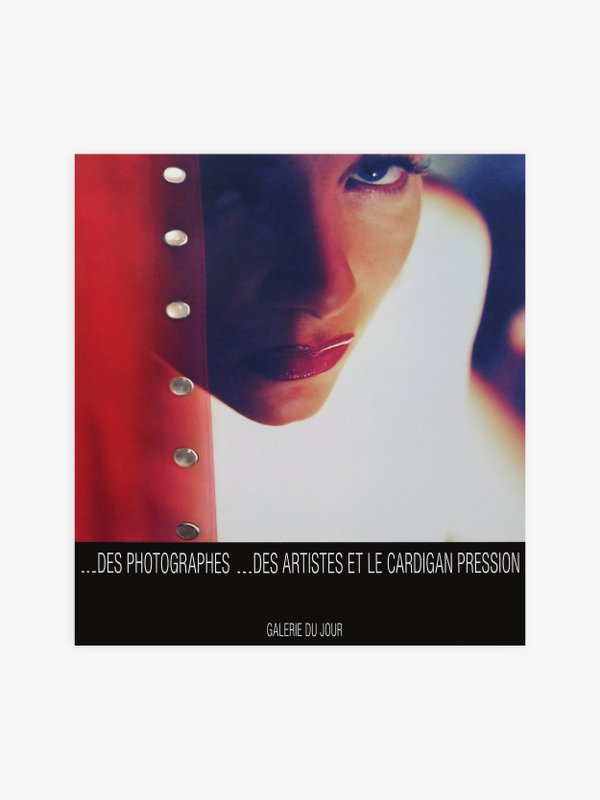 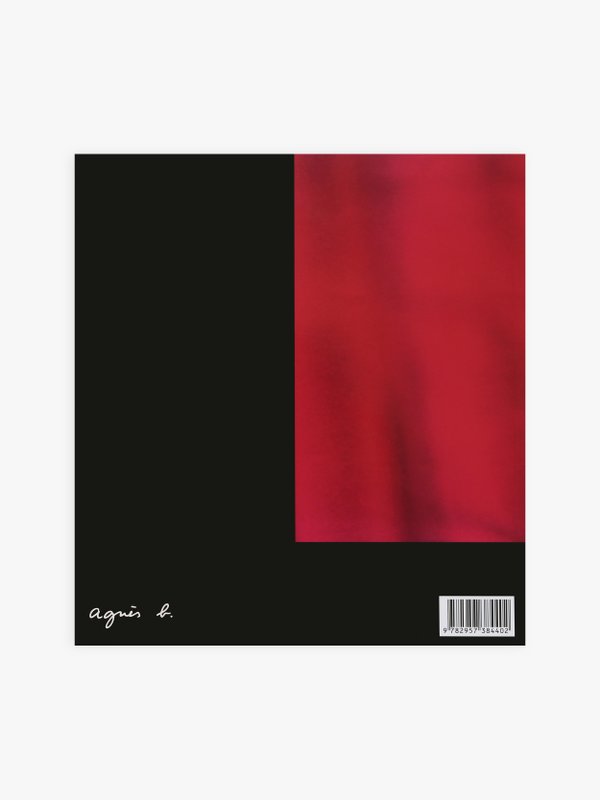 This catalogue was published on the occasion of the exhibition celebrating the 40th anniversary of the snap cardigan (Paris, NYC, Hong-Kong, Tokyo).
Editing by agnès b., August 2020.

… PHOTOGRAPHERS … ARTISTS AND THE SNAP CARDIGAN echo the first snap cardigan exhibition held at agnès b.’s Galerie du Jour in Paris as part of Mois de la Photo in 1986, where 140 photographers originally contributed to the exhibition. Each were asked to photograph the iconic snap cardigan in his or her own way. Acclaimed by the public and critics alike, the exhibition was then held at the Centre Pompidou in 1996.

As a designer, philanthropist, and art collector, agnès b. noted at the time:
"A long time ago, I designed a cardigan for myself. I wanted a sweat-shirt open on its front, with a lot of snaps, to look just like a Renaissance garment, a child’s garment for grown-ups, or the other way round. Since then, it has been sold to and seen on many different types of people. The idea of an exhibition came to me when I saw that everyone wore it in their own way, making it their own. I thought that photographers were never really given the same subject, and that each might each have their own way of looking at the cardigan. They accepted willingly and the result is very beautiful. I thank them for this with all my heart." agnès b.

For the 2020 exhibition, which was shown in Paris at the end of 2019, agnès b. has given carte blanche to more than 70 photographers and artists from 14 different nationalities. Young emerging artists and established artists from urban and contemporary scenes offer their interpretation of this timeless garment, working with a singular specification of a 40 × 60 centimeter photograph whose main subject is the snap cardigan.