The sneaker made from Marseille plastic bottles!

These unique sneakers are made from plastic recovered from the Mediterranean Sea and the coast of Marseille thanks to clean-up operations carried out with the help of Marseille fishermen and local associations. The plastic collected this way is recycled to make the soles, uppers, linings and even the laces of the sneakers, which are manufactured in a traditional way.

The production is artisanal: the artisans make the sneakers by hand, and take attention to the smallest detail, because recycling does not prevent quality. These materials are sustainable, 100% vegan and cruelty-free. The company was founded in 2019 by two long-time friends, Paul Guedj and Alexis Troccaz, sneakers fans but also disgusted by the amount of plastic waste found on the beaches of southern France.

In 2019, they launched the "Nique pas ta mer" (Don’t ruin the sea) operation, in collaboration with fishermen who collect the rubbish floating at sea, thanks to trawls attached to the back of their boats.

At the same time, they organize litter collection on the beaches. Paul and Alexis then transform this waste into sneakers and backpacks. These operations also allow fishermen, who are severely affected by climate change, to receive additional income. 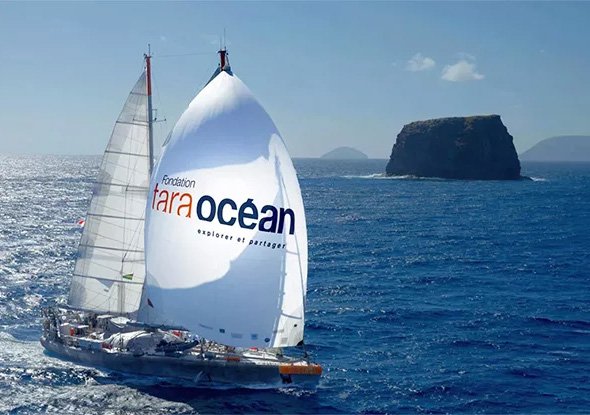 agnès b., an ocean lover

As a young child, agnès b. sailed with her father and brother. In 2003, together with her son Etienne Bourgois, she bought the Tara ship, a vessel that conducts research to protect the oceans. She remains the largest donor to the Tara Foundation for the Ocean, directed by Romain Troublé.